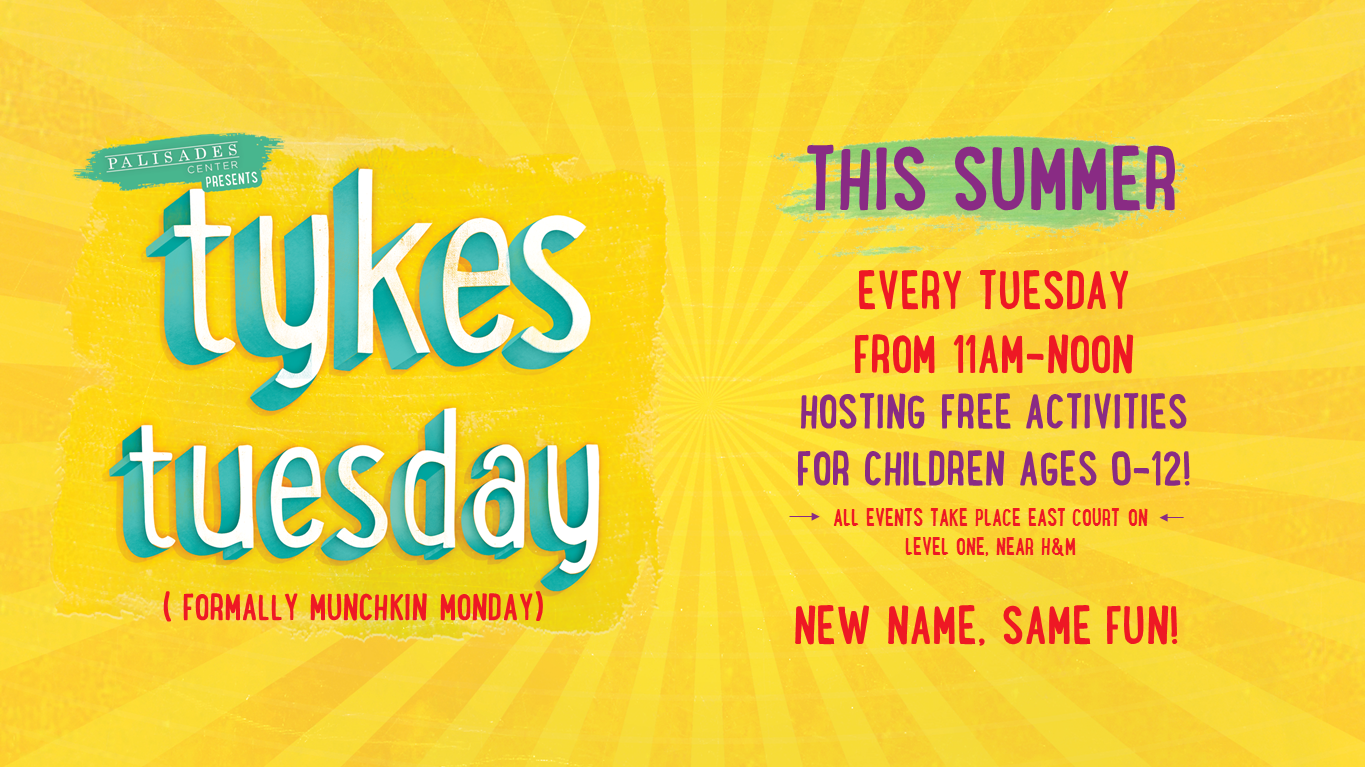 This summer, Palisades Center’s Tykes Tuesday Summer Concert Series will be the site of family-friendly fun for kids of all ages. Every Tuesday beginning June 4th to August 27th, families will be entertained by a variety of performances during the center’s longest-running showcase to date during the summer break.

Make your child’s day special and unforgettable with a show of singing, dancing, giggles, and wiggles with Matty Roxx Entertainment. A Matty Roxx performance is not just an event – it’s an experience for kids and grownups to share together! 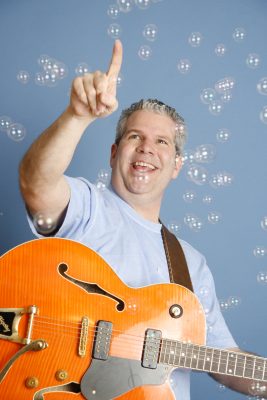 Mr. Kurt Gallagher has been making music with kids every day for 20 years. Kurt encourages kids to make as much music as possible during performances as he invites them to clap, slap, shake, spin, stomp, and sing along! Time flies as Kurt does songs, stories and gags with his guitar, ukulele, jaw harp, slide whistle, lumberjack puppets, and other musically silly stuff.

Michelle Miller is a singer/songwriter who has appeared all over the Philadelphia area. She also has created a children’s radio show called Miss Michelle’s Story Time that used to air on montcoradio.com weekly and incorporated her favorite stories, her original songs, and popular children’s music.

The Uncle Brothers, Tommy Gardner along with one or more of his amazingly talented ‘uncle’ friends, bring the magic of their original award-winning children’s music. The Uncle Brothers parent-friendly family shows are upbeat and fun, chock full of important messages wrapped in spirit and humor.

The Bossy Frog Band thrill young audiences with their 100% interactive, over-the-top, banjo-driven, costume-character-dancing musical performance. Their show has been enjoyed by over 100,000 children and families and their latest recording, “15 Songs Every Kid Should Know (and will love!),” is a Parents’ Choice Award winning album!

For 20 years now, “Big Jeff” DeSmedt has been your local family entertainer. He’s performed thousands and thousands of shows for children at preschools, libraries, restaurants and birthday parties across New Jersey and the greater metro area. Jeff began making music for young children while he was driving a bus for a special needs daycare in Morris County, New Jersey.

Two of a Kind delights audiences of all ages with their music, good humor, and audience participation. David and Jenny Heitler-Klevans of Two of a Kind love bringing people together and building community through music. Their beautiful harmonies accompanied by David’s powerful, rhythmic guitar playing and Jenny’s multi-ethnic percussion instruments create magic on stage.

Aaron Short is a British musician that has been working with Children since 2010 at some of NYC’s best schools including Apple Seeds and is also a qualified Music Together teacher.

Ron has performed at thousands of events in backyards, schools, fairs, festivals, amusement parks, and many more places – entertaining children, and adults. What started for him as dancing around in a Teletubbies costume and giving out lollipops has evolved into a family entertainment career, where he has developed his own character, and music and comedy shows for all ages.

Little Rockers music classes combine informal music education with performance based learning. Their music programs are designed to introduce children and adults to the world of music using group participation and directed performance.

Marcia the Musical Moose is an interactive show with a combination of a Musical Sing-a-long with Guitar, Simple Silly Magic, and a Puppet Show with Animal Puppets and a Beautiful Puppet Stage. Audience participation includes songs that the kids eagerly contribute to, helpers for the magic, and an opportunity to “meet and greet” a friendly furry puppet specific to the puppet show theme.