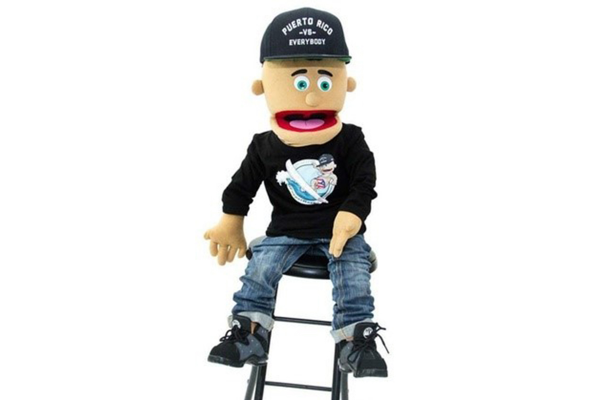 Joselito the Puppet is the Puerto Rican sensation that’s been sweeping across the nation! Joselito has been featured on Power 105 in New York City, The Wendy Williams Show, WorldStarHipHop, and he’s been touring across the country with his PuppetWave crew. He’s also been featured with celebrities Fat Joe and Baby Bash. Joselito took the internet by storm in 2015 when a bunch of his online comedy skits went viral. Since then he has amassed a cult following of over 400,000 combined social media followers. In 2017, Joselito made his stand-up comedy debut, and became the first ever Puerto Rican puppet stand-up comedian. He has sold out shows nationwide. Along the way Joselito has developed a unique Splangish comedy style that is beloved by the Latino community with dozens of catchphrases that have become fan favorites. Joselito has kinetic observational style that is delivered in a universal way, and even though his show is in Splangish, people of all cultures can enjoy it. As you won’t just laugh but get a mini Spanish lesson as well. Joining Joselito on stage is his Puerto Rican puppet family or The Litos, which consists of his Papi (Father) and his beloved Abuela (Grandmother).