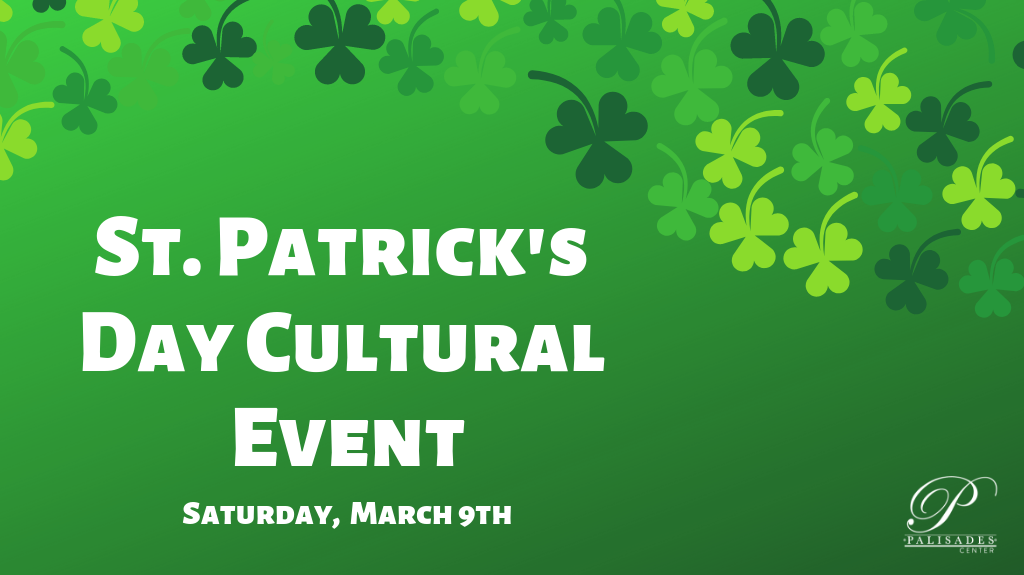 Top of the day to you from Palisades Center! We’re thrilled to announce our St. Patrick’s Day Cultural Event on Saturday, March 9th! With a variety of special performances throughout the day and night, we are proud to introduce the following performers.

Odarka, a classically trained yet experimentally inclined harpist & poet, plays eclectic repertoire with Celtic & Ukrainian/Eastern European overtones. She performs on the Celtic and Electric Celtic Harp and was a long-time student of celebrated harpist, the late Leone Paulson, with whom she performed as a member of the Paulson Harp Ensemble. She spent several summers in Dublin, Ireland, participating and placing in O’Carolan Irish Harp and Granard Harp Competitions. She is also a long-time artistic collaborator of the Yara Arts Group and resident at the La Mama, ETC experimental theater in New York. She now has an active teaching studio, is director of “HarpAntics” a Harp Ensemble of Many Harps, and is a founding member of Slight Imperfection, a singer/songwriter acoustic duo.

The Blarney Boys play music steeped in Irish tradition, from old time sing-alongs, ballads, fiddle jigs and reels, and rocking contemporary Irish hits. They also play popular American songs, including “Sweet Caroline” or “Wake Me Up” with an Irish twist. If you want the old pub sound or the new Irish wave the Blarney Boys, are the band for you!

Premier Irish dance academy in Westchester County with classes taught by our certified teacher and former Riverdance Broadway performer at our studio in Sleepy Hollow, New York and home of the first world champion from Westchester County! Classes for children of all ages and beginners are welcome to start at any time.

Today's performance from Lynn Academy of Irish Dance was phenomenal! We are already looking forward to your visit next year! #RiverHouse #LynnAcademy #StPatricksDay

John has been piping since 1992, beginning at age 12. Throughout the years, he has played bagpipes at countless events, including weddings, funerals, graduations, dinners, tournaments, promotions, concerts and an airshow! He learned with and is now an instructor in the St. Columcille United Gaelic Pipe Band, Kearny, New Jersey. He has played with Oran Mor Pipe Band of Albany, NY and Stuart Highlanders Pipe Band of Boston, MA, both Grade 1 Pipe Bands. He is also a Grade 1 Solo Competition Piper. He has competed at the Worlds Pipe Band Championships in Glasgow, Scotland 3 times in Grade 1 and and twice Grade 3. He also apprenticed with MacLellan Bagpipes to produce handmade Bagpipes for two years. 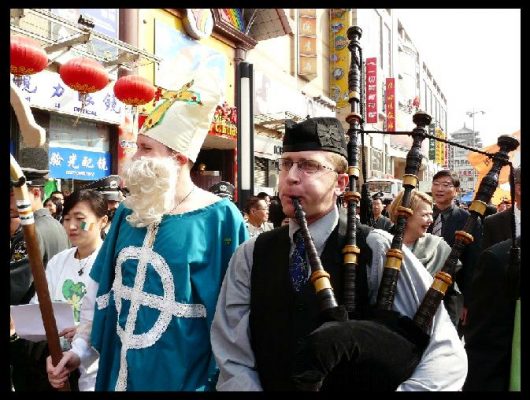 ‘For A Shotta Life!’ is the mantra of The Hooley Shooters as they deliver a memorable high energy mix of Irish classics, American pub favorites and originals to every show. Singer-songwriter-entertainer Tommy Gardner brings his band’s energy and humor to pubs, restaurants, and private parties, performing a lively mix of favorites such as Simon and Garfunkel, Jimmy Buffett, Cat Stevens, Eagles, Beatles, Johnny Cash, Proclaimers, Van Morrison, James Taylor, Zac Brown, 50’s-80’s classics and more!

For more information on these groups, please contact the team at Ralph Rood Events.