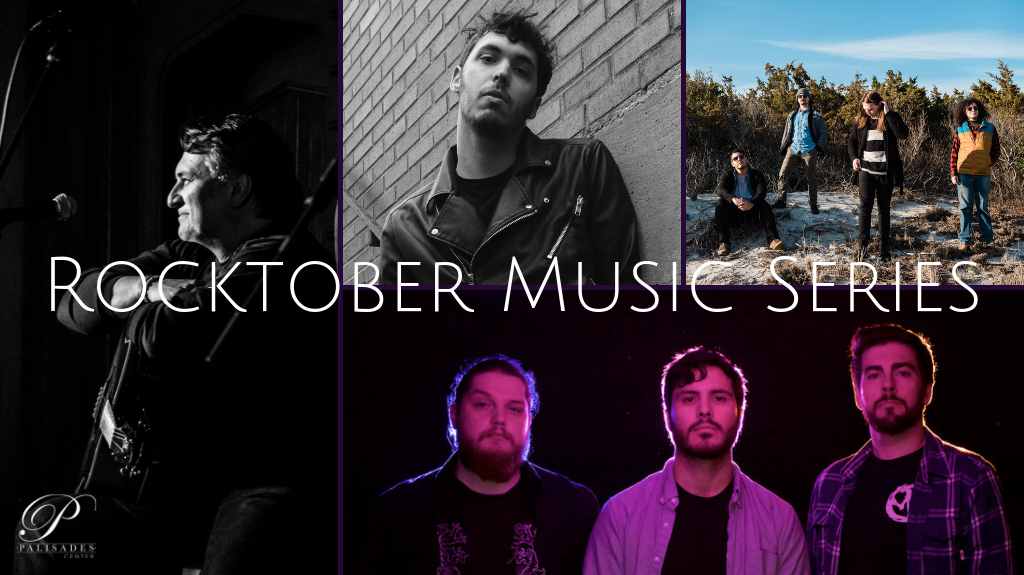 This October, Palisades Center is proud to present the second annual Rocktober Music Series with four talented musicians and bands to quick-off the holiday season. Enjoy fine dining at one of our restaurants within the ThEATery, while taking in the musical ambiance. All performances will begin at 7:00 p.m. outside Outback Steakhouse. Now, please take a moment to meet those who are coming to plan your next night-out at Palisades Center!

Caleb Caming & The Heat is a no frills, no nonsense, straight ahead rock and roll band that adapts roots music (blues, rhythm and blues and country) and combines it with the sensibilities of punk and garage rock to create a sound that is raw, passionate and visceral. They have performed extensively throughout the tri-state area, including venues such as Tarrytown Music Hall, Rockwood Music Hall, Arlene’s Grocery, The Bowery Electric and The Bitter End.

Joe D’Urso’s Acoustic Excursion is the flip side of longtime NY/NJ rocker, Joe D’Urso (JDCaravan.com).  D’Urso and his band, Stone Caravan, have released 14 recordings since 1991 (“Jersey Diner” was released in January 2018) and have performed in 25 countries. While Stone Caravan’s music tends to land on the “roots  ock” side of the musical map with influences from Tom Petty, Bruce Springsteen, Bob Dylan, John Mellencamp and Bob Seger, Joe D’Urso’s Acoustic Excursion lives more on the 1970’s Singer/Songwriter  ide of the musical map.

Formed in 2016, New Jersey based rock band, The Danger Days, deliver head-bopping rock with a melodic twist. Specializing in timeless hits of the last seven decades, The Danger Days performs everything from dance/rock to ballads.

The Foxfires are an oceanic Indie Rock band from New York and New Jersey formed in 2013. Their sound is a blend of Indie Pop/Rock, Folk, Surf Rock, and Shoegaze, with an oceanic ambiance and a positive message that they refer to as “Seagaze.”

Who are you excited to see? Tag us on social for every performance you see!