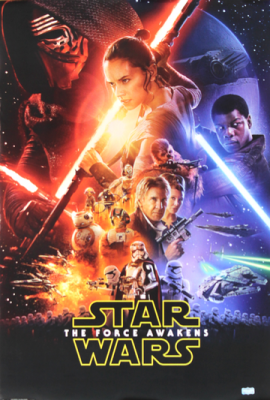 Star Wars: The Force Awakens is a 2015 American epic space opera film produced, co-written and directed by J. J. Abrams. It is the first installment in the Star Wars sequel trilogy, following the story of Return of the Jedi, and is the seventh episode of the nine-part “Skywalker saga”.

Click here to purchase your ticket! Learn more about the drive-in movie theater here. Movies start at 8:30pm, and you can arrive as early as 7:30pm.