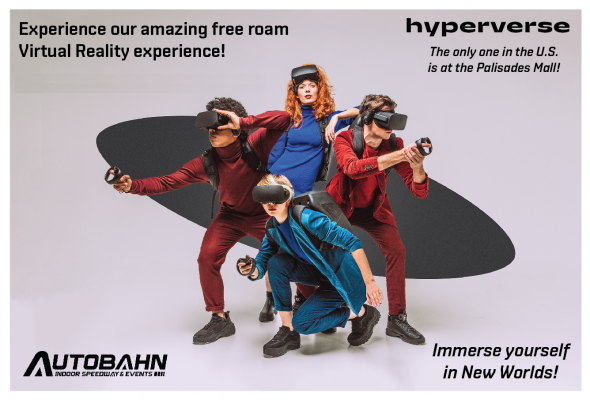 Autobahn Indoor Speedway & Events Palisades, the first venue in the United States to offer Hyperverse Free Roam Virtual Reality, is offering VR enthusiasts a chance to check out the next generation of VR gaming. The immersive gaming platform brings together an Oculus VR headset with a VR backpack that allows participants to roam in their own physical environment while interacting in a virtual one. One of the most popular games on the platform, “Insomnia,” allows players to help a scientist to escape his own dream and gain control of his own body to reenter his own physical realm. “Rise of Cats” surprises players when they realize they are playing as cats in this parody of certain video games from the 90s.